Before the experience last night, I woke to a non physical sound, and I got scared at the shadows around me. That doesn’t normally happen. I’m not totally sure whether I’m awake. I got up to go pee. I’m pretty sure I was awake and did go pee, but I’m not 100% on that.

I stand up out of my body. I take a few steps away. My vision is dark, but I feel the floor, and I take several steps.

Then I remember what I intended to do. I ask for guidance for my highest good, over and over.

I let my spirit body relax. I’m spinning slowly, arms out. I’m high in the air, over the ocean. I’m moving some distance away. I keep up my confidence and keep slowly spinning like I should, letting the wind carry me.

(At this point I lose lucidity and get caught up in the dream. I normally don’t share normal dreams here, but this one becomes interesting as it pertains to later events.)

I’m drifting so far that I’m getting close to land. I stop rotating and I point my body like I’m flying a hang glider, aerodynamically, and I focus on getting my best glide to reach land.

Someone is telling me, “You can do this… come on, you can do this,” sounding very unsure but very encouraging.

I’m going to reach land. I’m excited. There’s a mountain. There’s lots of forest around it, but I should be able to land somewhere. I find an area that’s oddly familiar, like someone had done it before. I approach an area I recognize from a video where someone landed badly. I approach from a different direction and have a good landing. But it’s in shallow water, like a pond. I walk the glider up to land. I’m in Australia. But they don’t speak English. A couple people are there,. One speaks English.

“I would have brought my glider today if I knew you was coming,” he said.

“Are you a hang glider pilot,” I asked.

I get back to the US very quickly. Someone determines that my flight was like 1,500 miles. I couldn’t believe it. It felt more like maybe 30 miles.

I hardly documented it at all. Just shot a photo after landing. I did have some kind of beacon I left in Australia, and we arrived at 1,500 miles by measuring the distance between that one and the one I had in SF. I could see them both.

One person told me that even though I shot video, which I didn’t actually, the video I did actually is the type that re-created the event and it wasn’t a true representation of it.

I’m scared to go back to sleep again. Not because of what happened during the dream, but because of waking up and feeling scared. I did try standing up once or twice before doing it in my dream. Before that I was never totally sure whether I was awake. I’m still not sure.

One month later I broke the 20 year old site distance record in my hang glider. Only 20 miles, not very good as records go, but a new record for that particular site. 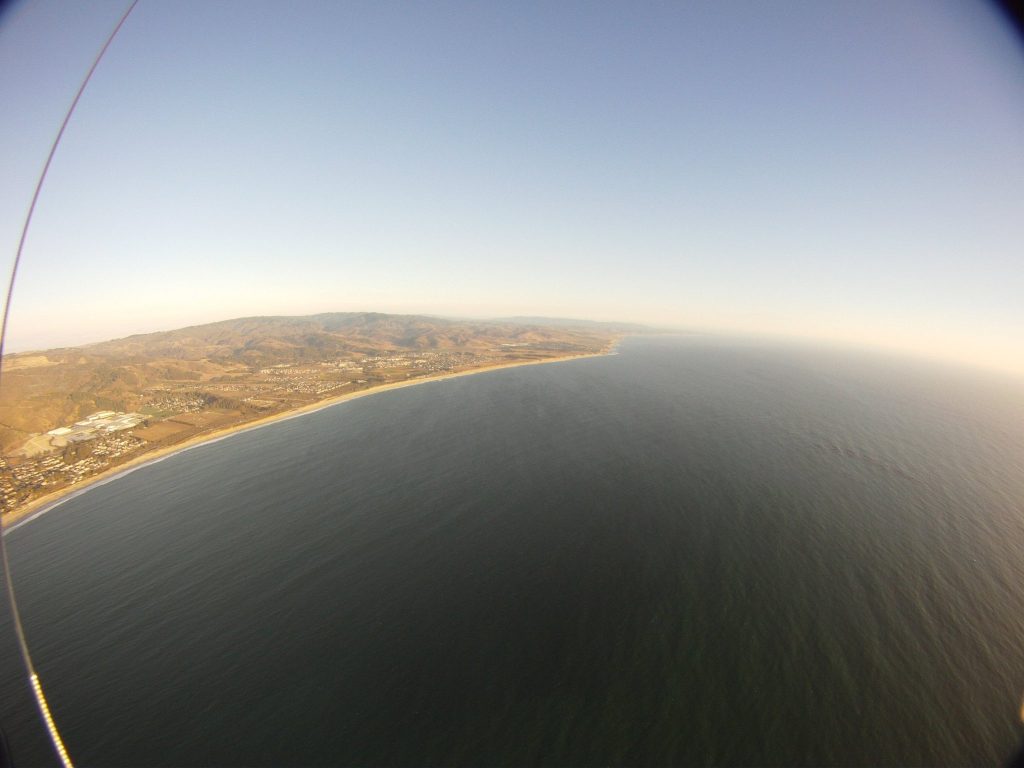