I wake up and open my eyes. I’m hanging off the windowsill outside of a tall building.

Well, this isn’t where I should be waking up, so this is a dream. That’s weird. I just opened my eyes like I’m waking up in the morning, and here I am.

I remind myself: I need help. I need help to get out of the dream world.

Two large hands grab mine, pulling me into the sky. I let them pull me. I’m fairly alert, but at some point, I completely lose lucidity and enter a dream. Normally that happens gradually, but this was instant, like I crossed a barrier that I wasn’t ready to cross and I couldn’t take my awareness with me.

But I don’t know that for sure. Maybe it was just a normal slide into a dream, or I’ve forgotten part of it.

I wake up sitting in the hallway against the wall, just outside my bedroom. My mom is in town visiting for a couple days, sleeping in the back room (which she was, in physical life).

I try to go back to sleep a couple times, but I keep waking back up in the same position, sitting against the wall.

Much the same as the first dream, just “waking up” in a different place, no explanation, no story, just sitting there.

I’m only semi-lucid in this one, as you can tell by the shifting storyline. While some situations are alarming, I know I should be able to exert my influence through what I can only call spellcasting. I am not always successful with every spell, so it’s uncertain what will happen. I also know I’m safe at some level, so it’s like an intense puzzle that I have to try to work my way through without dying and getting dumped out of the dream.

I and a purposeful group of people I’m with ride our electric skateboards, also while wearing roller blades, to Kevin’s place to work on opening a portal to travel between dimensions.

The entry of his house on the street level is a covered porch. Inside it we have to jump up through a hole in the ceiling to get onto the roof, where we can walk into his apartment. I jump up, but then I realize I brought my skateboard with me. I try to leave it down there and come back up, but I have some trouble with that for a while… I think I kept accidentally bringing my skateboard up with me again.

As soon as I enter, I spot a beautiful woman, but I sense she isn’t real, as if she’s an NPC (“non-player character”, a dream character controlled by a game’s AI, or in this case the dream program).

(Of course, it doesn’t occur to me that everyone else is also most likely an NPC)

I walk over and start feeling up the NPC woman. I get a little suspicious of exactly what she is. I tell her to drop to the floor and do some pushups. She drops down, but somehow she isn’t even able to hold herself up by her arms. She flops over to her side awkwardly.

I leave the apartment and walk to the field across the street to gather a bunch of grass we need for the project (the portal?).

After I pick the grass I run into a troublesome sorceress and her young apprentice trying to cast a spell on me. 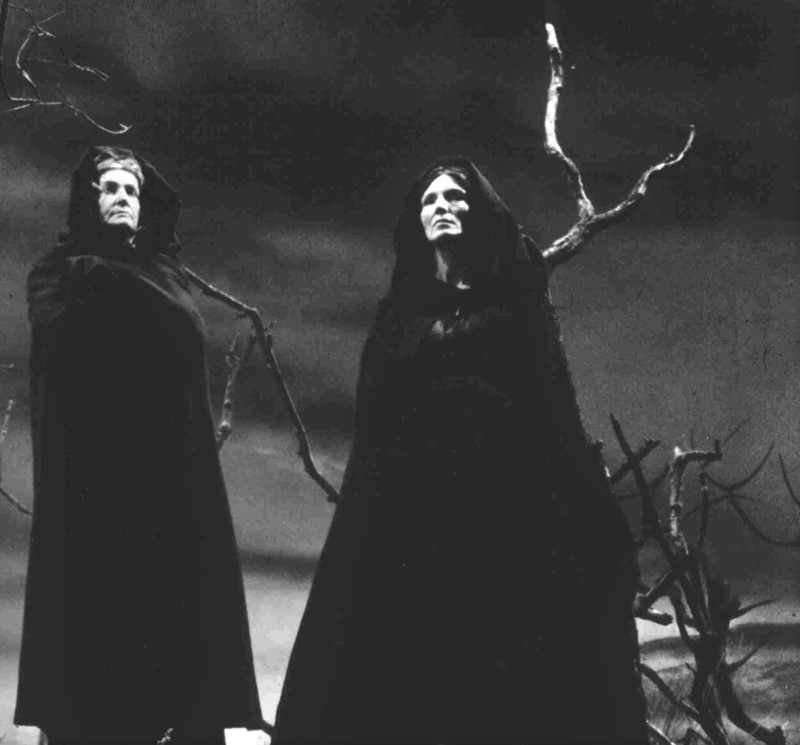 I dispel it by yelling “Fuck your family!” as I walk past them.

Those were not the exact words, but whatever they were, there was a power in the exact words I used, because of the way they sounded or the letters involved. I reflect on my good choice of words as I walk back to the apartment.

Back in the apartment, I tell the group about what happened. The NPC woman I saw earlier appears to actually be a man. I’m super irritated that nobody told me.

“Hey, this thing is a man? That’s a mean trick. What the fuck did you do that for?”

But they aren’t paying any attention to me. They got word of some trouble nearby and are making plans.

There’s a flooded elementary school, and we need to check it out. There are people stuck in there. Something is going on. We are powerful and do things that others can’t, so it’s imperative that we put our portal plans aside to help here.

The relief supplies I’m bringing are, of course, musical instruments that need to get to the gym. Priorities!

Even so, it didn’t seem to simply be about music or the gym. It felt like the ingredients to a spell. It made sense in some way.

The entire school is under a mountain. We enter from one side, over a flooded river that we cross by hopping across some logs and debris floating in it.

On part of the school property, we find ourselves down a sort of narrow alleyway created by tall chain-link fences. At the end is a guy selling weed. I have no interest in it, but one guy in my group needs to buy some, so I grab money from my wallet and give it to him to give to the dealer. As I do, the dealer gets a frightened look on his face and  stares past us, to my right. Is it the cops?

I turn to my right, and there’s a man standing there.

“I’ve hacked into all your phones,” he announces. “Dial these numbers on your phones, or I’m going to find out what you’ve all been up to.”

He reaches out his hand and displays a hologram of a string of numbers in the air for us to type out.

No way I’m doing it. I get the feeling that entering the code would cast a spell on us, taking control over us mentally. We have been doing important work, and while it would be a bad thing for him to get a hold of our project notes, I doubt he even has any info on us at all. I’m betting it’s a trick, but he’s still dangerous.

Everyone in my group, on the other hand, pulls out their phones and starts dialing the numbers. They lose control of their minds to this man, this sorcerer. 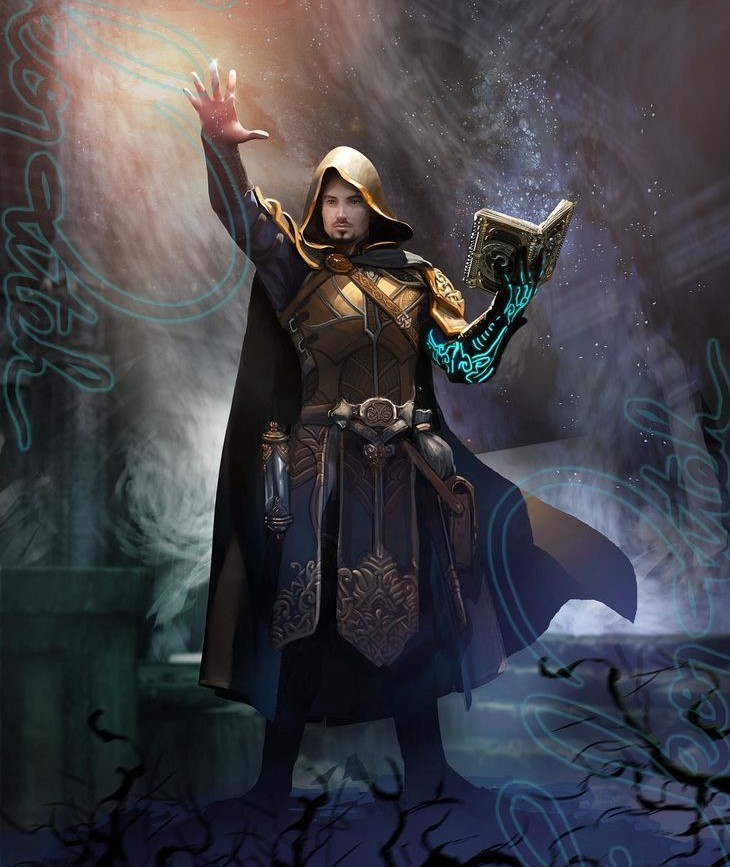 I’m not going to enter the code and give up that easily.

Only now do I notice that all around us are many more people standing around like zombies. These people’s minds are all under control of this sorcerer. These are the people we must have come to help. However, this sorcerer is powerful. Fighting him is no good. One of us needs to escape and tackle this problem from another angle.

Even though I’m still alert, I’m being held captive by this sorcerer with all the zombified people. This is going to get worse for us if I don’t come up with something.

One bald guy, who I don’t recognize, jumps the fence and starts to run off.

But he doubles back, drops down onto his belly, and starts pushing a large rubber ball back towards us with his nose, like he’s some kind of circus animal doing tricks. Ok, that guy didn’t break free of the spell after all.

So it’s up to me. I’m the only one left, and as far as I know he hasn’t taken control of me. I need to escape. When the sorcerer looks away, I take my chance and dash out of there.

He might be on my heels, but I don’t look back.

I come to a tunnel that goes straight up. I jump up and start to climb up it. It’s narrow enough that I can touch all sides with my hands and feet and slowly push myself up.

This isn’t fast enough. I need to get the hell out of here. The tunnel is getting narrower. I can’t do it this way. This is going to turn into one of those terrifying dreams where I’m climbing through an underground tunnel and get stuck.

Climbing is not the answer. I’m in control. I am a spellcaster, and I can fly through this dream world as I wish.

I close my eyes, summon the confidence, and I stick my hands up, flying straight up, the dirt blasting out of my way as I fly to the surface.

I head to a cave on another mountainside where Kevin had stayed back.

I approach the cave. Standing next to Kevin at the large mouth of the cave is what I can only call an ice bird, a magical shape shifting creature whose true form is that of a large bird that looks to be made of ice. This creature is was what I thought was an NPC earlier. That’s why when I had it do pushups earlier it could not hold itself up in plank position. because it has wings that don’t work like arms. 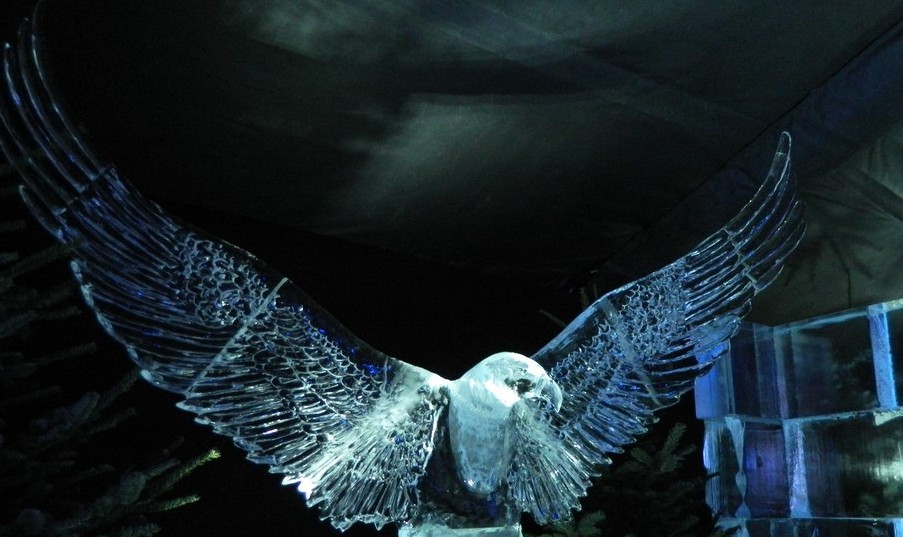 My actions of dispelling the forces of the sorcerer, and the two sorceresses before that, as well as blasting myself through force of will through the tunnel, had led me to see through the illusions.

I looked at Kevin. He had been a sort of humanoid, a little larger than a human. Now I see through it and see only a regular man. 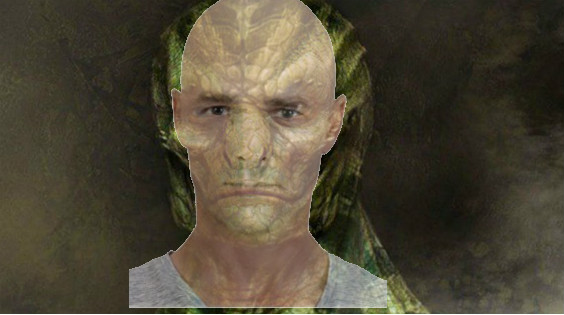 I tell them what happened. It was quick, like handing them the knowledge all at once.

The ice bird spoke. “That’s different,” he said, as if to exclaim how weird that is. Whatever that is.

The sound of his voice was so clear, so jarring, that it woke me up. It was more clear than the whole dream, making me wonder whether he was referring to what I told him or if he was talking about something more significant than the dream.